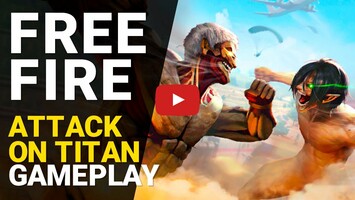 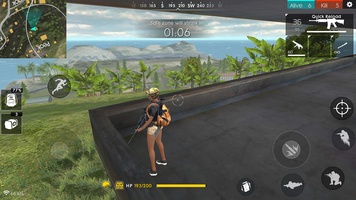 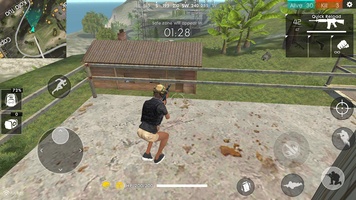 Advertisement
Free Fire - Battlegrounds is a third-person action game that's openly inspired by "PUBG". Join a group of up to 50 players as they battle to the death on an enormous island full of weapons and vehicles. Only one player can make it off this island alive.

The controls in Free Fire - Battlegrounds are simple: on the left side of the screen, there's a virtual d-pad to control your character, while on the right side, you'll find buttons to shoot, crouch, lay down, and jump. Whenever you see a weapon, crate, vehicle, or a door, interact with it by tapping on the button that appears on-screen. In the upper right corner, you'll also find your inventory, where you can select the weapon you want to use.

The way the game develops in Free Fire - Battlegrounds is very similar to the aforementioned "PlayerUnknown's Battlegrounds" or any other battle royale-type game. The title starts out with all the players landing on the island via parachute. As soon as they land, they have to set off running to find weapons and survive the attacks from the rest of the players. Watch out for the forcefield that gradually closes in on you as the game goes on. If it reaches you, you're dead. Luckily, if you get stuck too close to the forcefield, you can opt to speed away in any of the vehicles you find.

The main difference between Free Fire - Battlegrounds and other similar titles is that, instead of hosting games of 100 players, there are only 50. And the length of each game is adjusted accordingly. Instead of playing for 30 minutes, most rounds only last around 15 minutes. Basically, it's a faster and more hectic "PUBG".

Free Fire - Battlegrounds is a battle royale that offers an incredibly fun and addicting game experience. The title also takes up less memory space than other similar games and is much less demanding on Android devices, so practically anyone can enjoy playing it.
Reviewed by Andrés López Translated by Ashley

It is the best game in the world I recommend it

It's been yesterday and I'm going down there 🙃🙁

This is a game that has everything I'm looking for in Battle royale but it has its flaws like any other game and that doesn't mean that it's one of the best games that's why I rated it 4 stars 👍👍 plea... 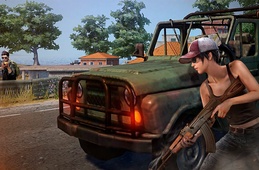 May 4th, 2022 The best Battle Royale games available on Android in 2022
Advertisement